This was reported to journalists on Tuesday by Director of the Flerov Laboratory of Nuclear Reactions JINR Sergey Dmitriev at the XX Mendeleev Congress on General and Applied Chemistry which is being held in Yekaterinburg.

“The discovery of elements 115, 117 and 118 is an accomplished fact; they were placed in the periodic table, though still unnamed and will be confirmed only at the end of the year. The D.I.Mendeleev Periodic Table is not infinite. In 2019, scientists will begin the synthesis of elements 119 and 120 which are the first in the 8th period,” said S.N. Dmitriev.

The Mendeleev Congress is the largest scientific forum on general and applied chemistry which is held once in five years. It was held in Russia for the first time in 1907. The XX Congress of leading chemists was opened on 26 September in Yekaterinburg, it will last until 30 September at the venue Yekaterinburg — EXPO. It is expected that about 2 thousand people, about 200 foreign scientists will attend the Congress. At the Congress, scientists will consider the possibility of creating molecular systems, devices and machines of varying complexity; they will discuss additive techniques, advanced materials, chemical aspects of alternative energy and issues of teaching chemistry in schools. 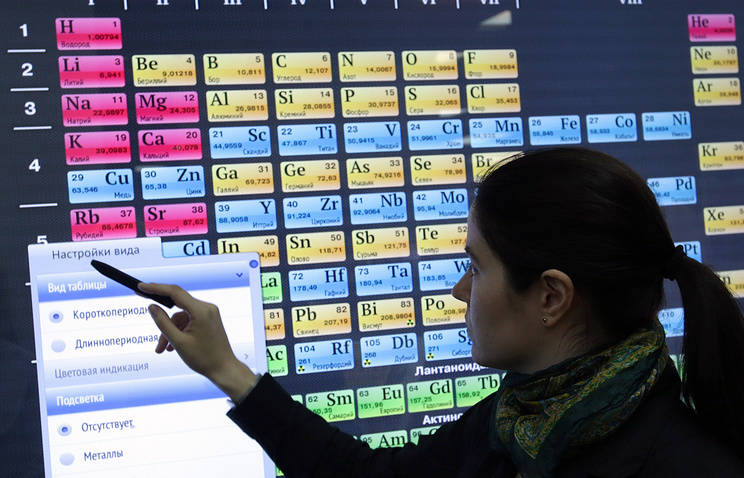